Before Taking A CISSP Course, Better to Know the Basics of Information Security

CISSP is a globally recognized information security certification that is considered to be the gold standard for security professionals. If you’re considering taking this exam, there are plenty of questions you may have about it. Let’s take a look at some of the most frequently asked questions about CISSP certification Course:

Risk is the probability that a threat will take advantage of a vulnerability to damage an asset. Risk is often expressed as a percentage or ratio, such as 1:1, 0:1 (meaning one person has been affected by the risk), or 10:1 (which means that 10 people have been affected).

What is an Incident

An incident is an event that has a negative consequence. Incidents can be intentional or unintentional, accidental or malicious, physical or cyber. Malicious incidents are often called attacks.

Any event that causes harm to your organization would be considered an incident. The key thing to remember is that an incident can have both intentional and unintentional consequences, which means it’s important to know if the person who caused the damage was trying to do so intentionally (maliciously) or not (accidentally).

What is a Threat

A threat is a potential danger. You may think of a threat as a possibility of something bad happening, but the term is much broader.

A threat is any circumstance or situation that has the potential to cause harm to you and your organization. This could mean anything from a malicious attack on your network by a hacker to an employee who’s disgruntled enough to take out their frustrations on coworkers in subtle ways (or not-so-subtle).

Threats can be physical, such as theft or damage, or virtual like malware infecting your computers or unauthorized access resulting in data breaches. A threat can be physical and/or technical in nature; for example:

What is a Vulnerability

An exploitable weakness in a system or application that can be used to cause a security breach or other adverse event.

What is a Countermeasure

What is an Asset

When you hear the word asset, you might think of a physical object—like your home or car. But assets can also be intangible. For example, if your company has a great reputation for producing high-quality products and services, that’s an intangible asset.

A tangible asset is something that exists in the physical world: it’s something you can touch or see with your eyes. Examples include computers, buildings, and land — all things that have some value because they provide something to someone (either directly or indirectly).

An intangible asset is something that doesn’t exist tangibly but represents value to a business nonetheless — typically because it helps generate income for the company in some way (or provides other advantages). Examples include brands, patents, and trademarks as well as copyrights on software code/programming languages such as HTML5/CSS3, etc.

What is a Safeguard

A safeguard is a control that prevents or mitigates a threat from occurring. Safeguards are implemented in a variety of ways, including:

What is a Control

Controls are policies and procedures that help manage and mitigate risk. They are implemented to reduce the likelihood that a threat will occur, if it occurs, to minimize its impact if it does occur, and what the organization can do to recover from the impact or crash of an incident.

The goal of controls is to prevent cyberattacks from happening in the first place or at least slow down their progression so that they can be stopped before they cause damage to an organization’s information assets or reputation.

What is Risk Management

The process of identifying, assessing, and prioritizing risks is called risk management. Risk management can be a complex topic as it requires you to understand what information security is and how it works.

To start with, information security is the practice of managing access to resources (including people) so that only those who need it can have access. In order for this to happen, there must be rules set in place by an organization regarding how those resources may be accessed or used by employees or other users (for example no laptops in bathrooms).

This can also include policies that address issues such as encryption methods or password complexity requirements. A good rule of thumb is that if you’re not sure whether something should be encrypted then just encrypt it! This will keep your data safe even if something happens on your device like being stolen by someone else or accidentally getting lost somewhere while traveling abroad during a business trip overseas.

How do we determine the current risk level?

After completing the risk assessment, you’ll have a better idea of how to manage and mitigate your current security risks. Risks are categorized into two categories:

We hope you enjoyed this article and found it helpful. As we mentioned at the beginning of the post, there are many resources to help you prepare for your CISSP exam—now it’s time to start studying! If you need more information about what makes a good CISSP study guide or where to find good online resources for study materials, check out our other articles on our blog or visit our website (Career maker).

Career Opportunities Beginners Can Go Ahead With CompTIA Cloud+ Course

Is The CompTIA Data+ Worth Certification Course For Beginners? 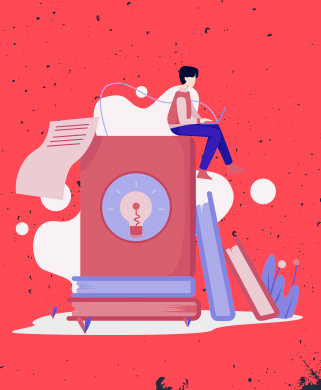 Sign up to receive updates, promotions, and sneak peeks of upcoming courses. Plus 20% off your next course.

Your information will never be shared with any third party